By Arthur
Last update: October 20, 2022
This post contains affiliate links, and we will be compensated if you buy after clicking on our links.

We have made a full comparison of Stiga Carbonado 145 vs 190 in this article.

What is the difference between these 2 best paddles of the Stiga company?

Scroll down to find out!

Can’t wait to find out the winner? Alright! We will give you our answer right away!

If you are looking for a ping pong paddle that supports intermediate players and professionals, the Stiga Carbonado 145 should have your trust!

With a high speed-rating of 9.3 / 10, this racket will please all players who have an aggressive playing style.

In contrast, if you are new to table tennis and need a good paddle with a high control rating, you should go for the Stiga Carbonado 190.

The high control rating of 9.3 / 10 will help you learn all the basic techniques and skills with ease!

Below is a table that describes and compares the specifications of the Stiga Carbonado 145 vs 190. 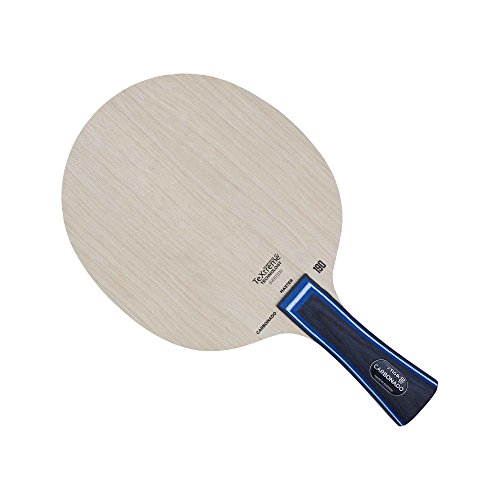 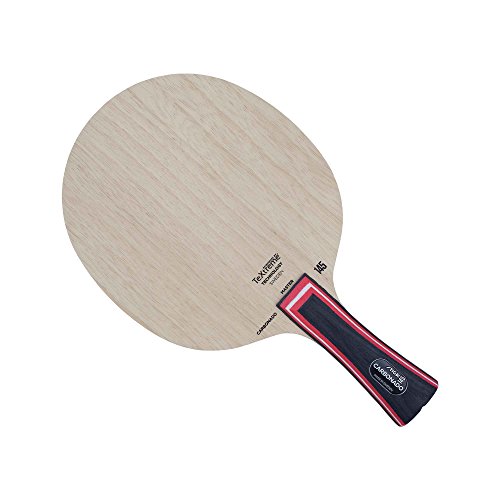 As you see, there is no difference between the 2 Stiga Carbonado blades.

The Carbonado blade of each product is constructed of 7 plies, including 5 wood and 2 carbon fiber.

Both products have the blade belonging to the type of OFF+ (Offensive Plus).

This means these 2 paddles will all support the attacking players who like making aggressive strikes.

We have found no difference between the 2 rackets.

But this does not mean they are the same!

You will see many dissimilarities when comparing the features of them.

As paddles that support attacking, surely the 145 and 190 models must have a high speed-rating.

However, the 145 takes the advantage, as it provides more speed than its rival.

Although the distance is just 0.1, you may still feel the 145 faster than the other one.

That’s why most offensive players have chosen the Stiga 145 as their favorite ping pong racket.

The result of the battle will be a tie, as these 2 paddles both give a good feel to their owners.

Specifically, the consistency rating of each product is identical.

They will help you make your fast strikes at the highest accuracy.

You will notice the clearest difference when you use each product to throw the ball.

The 145 model is built with Carbon layers at a sharp angle of 45 degrees.

This design allows the blade to be more flexible and stiffer for high trajectory.

On the other hand, the manufacturers construct the 190 model at a right angle of 90 degrees.

With this style, the paddle will be better than the 145 at the flexural bendability.

On Close To The Table Attacks

The Carbonado 190 will give you the most support to attack on close to the table.

The low and sharp trajectory of it will put more compression to the blade to help you drive the ball spin near the ball field.

On Mid Distance/Far From The Table

The 145 has impressed us a lot due to its high trajectory.

But more than that, this paddle does have a higher arc than the other one.

That’s why it can do more support in countering the ball from the middle to the far distances from the table.

There are many more points to check between these 2 best Stiga Carbonado paddles.

For example, the Carbonado 145 beats the 190 model at looping the ball.

It is understandable, as the 145 has a higher trajectory, which is ideal for looping attacks.

But when it comes to smashing, the 190 seems to be the better one.

The high control of the 190 allows you to prepare the position and successfully hit the ball at the highest force.

The sharp trajectory also provides more compression to the blade to push the ball powerfully.

The Stiga Carbonado 145 has a higher speed-rating but a lower control rating than the 190.

It will be the best partner for the advanced players who like attacking aggressively.

With a high trajectory and arc, the paddle will be the perfect choice for looping and shooting from the mid and far distance from the table.

Here is the conclusion of our Stiga Carbonado 145 review:

The 190 has both high speed and control ratings.

But it provides less speed than the 145 a little bit.

We recommend this product more to the players who are getting started with table tennis.

The 90-degree throw angle will increase the bendability of the 190 blade.

It will be great for blocking and smashing at a close distance to the table.

Here is the conclusion of our Stiga Carbonado 190 review:

In the final section of this article, we give you another quick comparison of the Stiga Carbonado vs Viscaria.

Comparison With The Butterfly Viscaria (Stiga Carbonado Vs Viscaria) 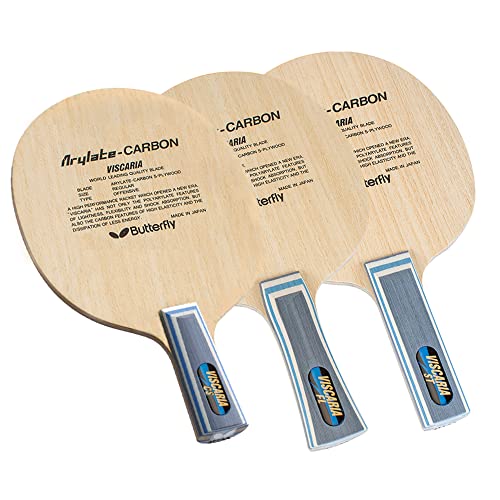 Both the 2 products of the Stiga are amazing with the high speed-rating.

However, they are still much slower than the Viscaria.

But in contrast, the Butterfly company seems to not focus on designing the control ability of its paddle.

It is really hard to take the Viscaria under control during the game.

Therefore, the Viscaria will be more suitable to the professionals.

The beginners or intermediates may get along better with the 2 paddles of the brand Stiga.

All these 3 paddles are good for attacking players.

If you have a defensive playing style, you may not find your best partner among these 3 ones.

For more questions about this topic, please get in touch with us.

We will reply to you as soon as we can.

And now, we will end our article here.

Many thanks for reading!